1. What is CIDCA’s mandate compared to MOFCOM’s previous mandate?
CIDCA’s mandate goes beyond MOFCOM mandate. In contrast to MOFCOM previously, it will be also in charge of developing aid strategies, drafting aid laws and doing aid related research (though it is no clear whether this will be done by CIDCA itself or whether it will be subcontracted). Another major difference is that CIDCA will be in charge of drafting country strategies, aid project evaluation and policy reviews.

2. Are CIDCA’s draft “Administrative Measures for Foreign Aid” the new aid law?
No, they aren’t. As the name says, these are Measures (banfa 办法) and not a Law (falü 法律). Measures are departmental regulations. This means that they will govern CIDCA’s internal operations, but they won’t apply to the work of other ministries. However, the draft Measures stipulate that CIDCA will be in charge of drafting a new aid law.

3. What about a new system for aid statistics?
According to Art. 38 of the draft measures, CIDCA “shall set up fully-covered statistical rules for foreign aid, and collect, summarize and prepare statistical data on foreign aid.” But this, in fact, is not a new development. MOFCOM previously had the same task, it was stipulated in MOFCOM’s 2014 Aid Measures in Art. 6. It’s not clear how successful MOFCOM actually was in implementing this task.

4. Where can I get information on the priority sectors and geographical distribution of Chinese aid?
The most recent official Chinese figures are provided in China’s Foreign Aid White Paper from 2014, and cover the years 2010-2012. Earlier Chinese figures can be found in the 2011 White Paper. A new White Paper is expected for 2019. For figures up-till 2014 and also for more dis-aggregated numbers, you can consult the Aiddata project’s Global Chinese Development Finance Dataset. It’s based on data mining from openly available sources and is a highly valuable resource in light of absence of transparent official numbers from the Chinese government.

Geographical distribution of Chinese aid funds according to 2014 White Paper 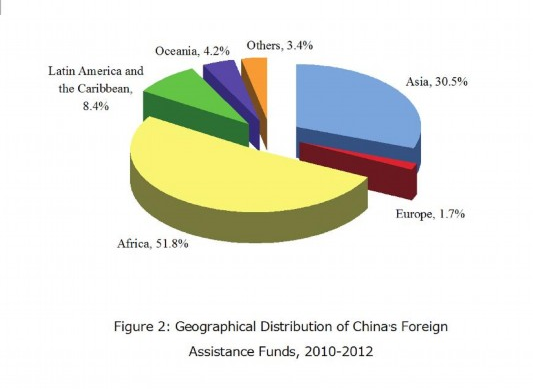 Sectoral distribution of Chinese ODA (2000-2014) according to Aiddata 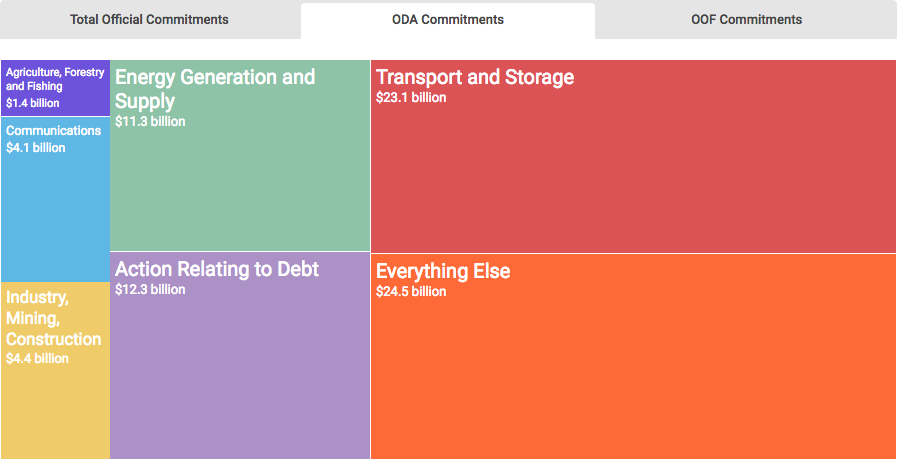 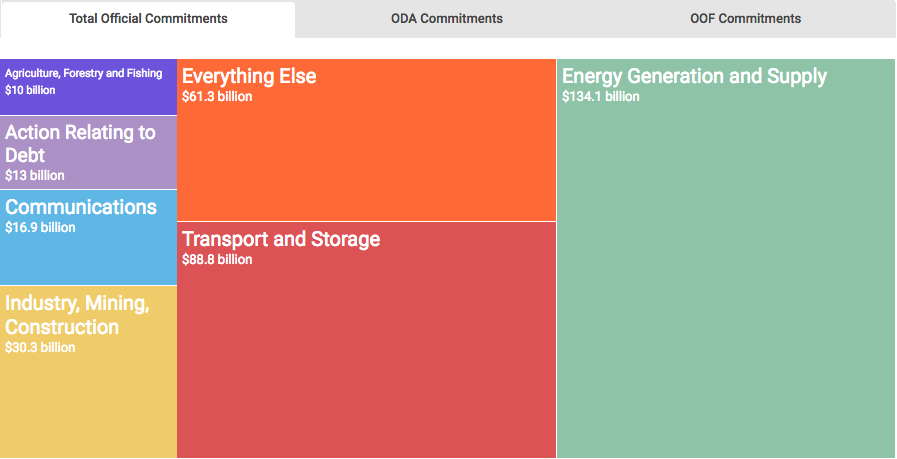 6. Do CIDCA’s Aid Measures say anything about aid standards? Is there any sign of China looking into adapting international aid standards?
The Measures don’t mention aid standards. In reality, China works simultaneously with two sets of systems. China-led multilateral institutions such as AIIB work on the basis on international standards (in AIIB, this was the prerequisite for European partners to join). China’s bilateral development cooperation works on the basis of partner/recipient country standards.

You have questions on Chinese aid that may be of interest to the wider aid or China watchers community? Email me and I’ll try to include them in one of the next posts.